Wearing prescription eyeglasses is very common in today’s world. In fact, there are more people who need corrective lenses to see clearly than those who do not. According to statistics supplied by the Vision Impact Institute, approximately 75% of Americans rely on some type of vision correction. If you are one of these individuals who need to wear glasses, you may be curious about the science behind lenses and how they trade in a distorted, blurry view of the world for one that is clear and defined. 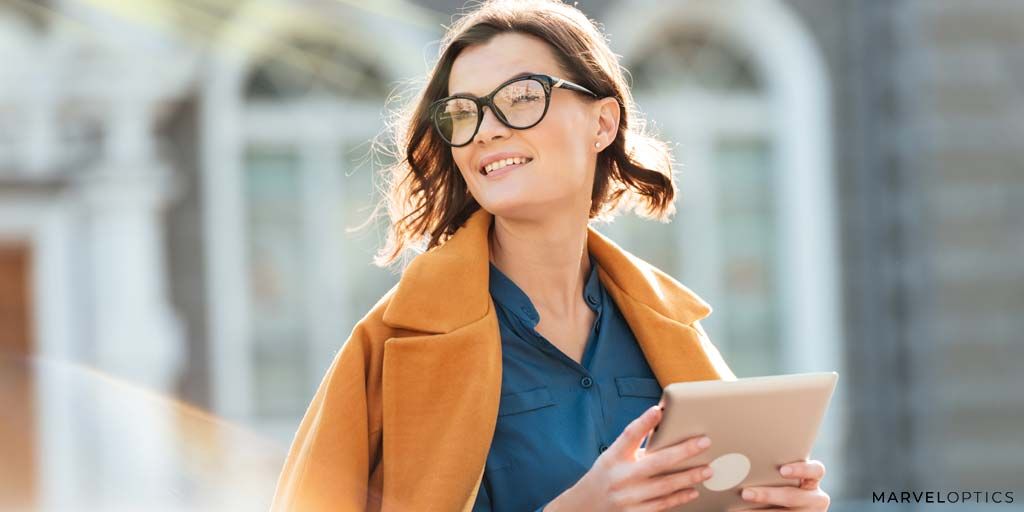 The History of Prescription Eyeglasses

While it’s hard to imagine a time in history where people with poor eyesight had to live with blurry vision on a regular basis, the first pair of eyeglasses were not invented until the 13th century in Italy. These first glasses were not nearly advanced as what we have today and were essentially composed of two magnifying glasses connected with a bridge piece.

Several advancements were made to this technology over the course of several hundred years, including developing different lenses for nearsightedness and farsightedness and the addition of temple arms to the lenses to allow the glasses to stay on the face, leading to the development of eyeglass frames. In the late 18th century, the first pair of bifocals were invented. It was around the same time that John McAllister opened the first American optical shop.

The Anatomy of the Eyes

The eye is made up of several essential parts, which work together to allow humans to process their surroundings and see images. The first part of the eyeball which interacts with light is the cornea, which is the transparent, curved outer layer of the front of the eye. It serves the function of protecting other parts, such as the pupil and the iris. The pupil, the center black dot, then allows the light access the back of the eye while the iris, the surrounding colored area, controls how much light enters by causing the pupil to either dilate or shrink.

Next, the lens works to focus light onto the retina by either thickening or becoming thinner to focus on objects near or far. Once the retina receives this information, the photoreceptors within the retina, called cones and rods, can process the information and send it to the brain via the optic nerve to perceive a complete image.

Most vision issues addressed by prescription eyeglasses fall into the category of refractive errors, which happens when the eye is not able to properly focus light onto the retina. As a result, the image sent to the brain is distorted and blurred. There are several factors that can contribute to refractive errors, including the shape of the lens, the length of the eye as a whole, and the curvature of the cornea. Refractive errors typically fall into four main categories:

Vision problems caused by refraction errors can often be treated by prescription glasses, contact lenses, or surgery. There are several components that affect how a prescription lens is used to correct these problems.

Prescription lenses are categorized into either convex or concave lenses. Convex lenses address issues with farsightedness by converging light at a focal point and bending the rays towards the retina, instead of behind it. These lenses are thickest in the center of the lens and are identified with a plus sign on a prescription. Concave lenses, marked with a minus sign, are thinner at the center and correct myopia by diverging light.

For convex lenses, a stronger prescription places the focal point closer to the lens, and concave lenses require the focal point to be placed farther from the lens. The strength of the lens, or the spherical base strength, is measured in diopters.

A cylinder measurement indicates the degree of astigmatism detected. To correct this issue, a cylindrical lens is used to focus the light into a single line. The axis measures the position of astigmatism in degrees.

All adults experience some degree of presbyopia as they age. For people with no other refractive errors, reading glasses can be worn when reading or during other activities that make it difficult for people to see at farther distances. Multifocal lenses, which can be bifocal lenses, trifocal lenses, or progressive lenses, correct vision at multiple distances. 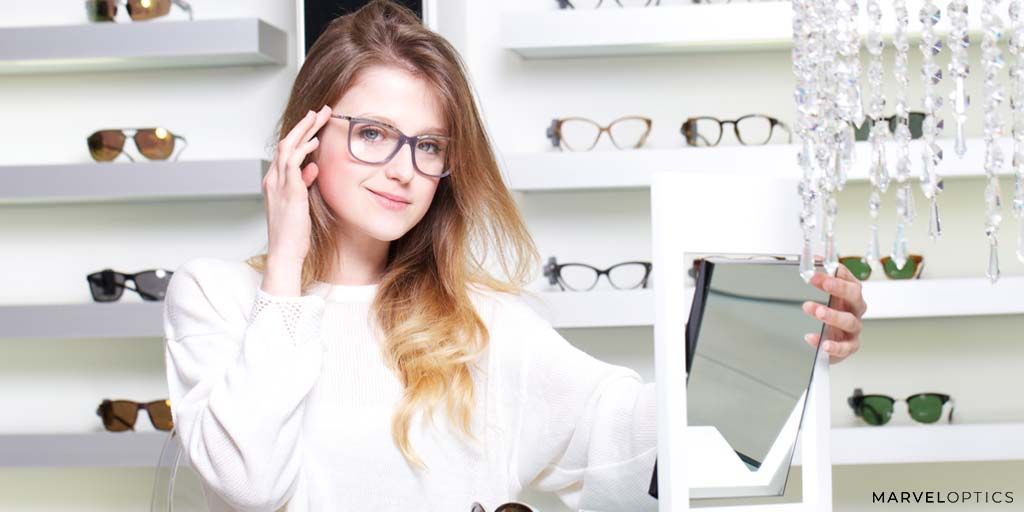 Living with less-than-perfect vision can make normal activities such as reading, using a computer, or driving difficult or near impossible to do. Explore our inventory of affordable prescription eyeglasses at Marvel Optics to find a new pair of corrective glasses you love.

We hope you and your loved ones are safe and doing well during this pandemic. Here at Marvel Optics, our staff is working tirelessly to provide you with the same excellent customer service as before, due to the effects of COVID 19 please expect production & shipping time to be delayed. For more information on placing an order or the status of your order email us at customerservice@marveloptics.com. We are always happy to answer any questions. OK